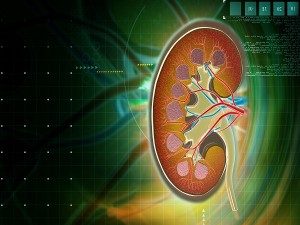 Dialysis cannot fully replace the fluid and waste removal function of the kidneys. Patients find themselves having to follow dietary and fluid restrictions on a daily basis. Patients also find that they are tired and don’t feel well because the currently available treatments are not able to remove the toxins and fluids as efficiently and continuously as healthy working kidneys. Since the 1970’s when dialysis became an accepted treatment available for everyone, researchers and scientists have been looking for ways to improve the dialysis treatments and make them more efficient like healthy kidneys. This is a difficult task because healthy kidneys function 24 hours a day, 7 days a week. Hemodialysis treatments, for example, may last for 12-15 hours per week and Peritoneal Dialysis has periods during the drain and fill cycle that the abdomen is not able to filter due to being empty of fluid. So the search continues for better technology and procedures to improve the patients quality of life. The current focus is on a Wearable Artificial Kidney (WAK) that will allow patients more independence and improved dialysis treatments.

WHAT IS A WEARBLE ARTIFICIAL KIDNEY?

An artificial kidney is the traditional name for the dialyzing filter or dialyzer that is used to do hemodialysis. A Wearable Artificial Kidney refers to the dialyzer, including the hemodialysis machine, which is portable enough to wear and allow the patient to move about while receiving the dialysis treatment. A wearable artificial kidney is not yet available although many research teams have prototypes for use in human clinical trials that are beginning to recruit patients.

HOW DOES THE WEARABLE ARTIFICIAL KIDNEY WORK?

The wearable artificial kidney follows the same principles of hemodialysis only in a smaller, more portable form. The prototype device resembles a tool belt and weighs about 5 kilograms (11 pounds). It requires specially designed 9 volt batteries to supply power and is connected to the patients blood through a catheter. This is much smaller than the traditional hemodialysis machine which is about the same size as a filing cabinet and requires constant connection to a water supply, drain and electrical source, limiting the patients ability to move.

The WAK uses batteries to supply the electricity and a miniaturized filter and tubing for cleaning the blood. While the standard hemodialysis machine uses approximately 40 gallons (151 liters) of sterile water per treatment, the WAK uses about one pint (0.5Liters) flowing in a continuous re-circulating loop. The WAK will also have special filter pads and sensors that will clean the blood not by flushing the system as in traditional dialysis but through the waste products gathering together and attaching to a special surface in the filter. These filter pads are small but are able to remove the amount of waste products produced in a day and mimic the filtering work of a normal healthy kidney. There is also a small waste reservoir to hold the waste products. Sensors can also communicate to a smart phone sized device and stop the small blood pump in the event pressures go out of limits or the patient accidently gets disconnected from the machine. The WAK form of dialysis is a slow and constant form of dialysis.

HOW IS THE BLOOD ACCESSED BY THE DEVICE?

Accessing the blood is a challenge for all types of dialysis, including the wearable artificial kidney, for a number of reasons including blood clotting quickly any time it is outside the body. The fistulas and catheters used for current hemodialysis are at risk for infections and blood clotting and often wear out after prolonged use. Limiting the number of required connections to the blood may help prolong the life of the blood access. For a traditional hemodialysis treatment the patients blood vessel must be connected and disconnected to the machine anywhere from 6 to 12 times per week. Upcoming clinical trials will examine if limiting the connections and disconnections decreases the risk of infections and blood clotting. The WAK device has a blood inlet connection to bring blood into the filter and a blood outlet device to return it to the body.

WHAT BENEFITS WILL THE WEARABLE ARTIFICIAL KIDNEY OFFER PATIENTS?

The wearable artificial kidney works closely to the way normal healthy kidneys function. The blood is slowly pumped through the device and returned to the blood on a continuous basis. This means that patients may not have to have a restriction on fluid intake or on the intake of foods that are high in potassium and phosphorus. The WAK may also mean that dialysis patients may have to take fewer medications for the calcium and phosphorus imbalance that occurs. Continuous dialysis that keeps the fluid levels in the blood in balance can help patients have better control of their blood pressure and decrease the risk for fluid in the lungs and congestive heart failure. Keeping the body fluid levels at a steady and normal level also means that the patients can have less cramping during treatments and less episodes of low blood pressure than current hemodialysis. The WAK will also allow patients to have more normal participation in everyday life activities because the dialysis happens as the patient moves about. Several patients who have tried the prototype were able to walk, sit and even sleep while attached with no difficulty. For future patients it may mean being able to return to work, go on vacation or just have flexibility in their lives.

HAVE THERE BEEN ANY PROBLEMS OR SIDE EFFECTS IN THE FIRST USES?

So far there have been no severe effects from the device; however a few issues have occurred.

WHEN WILL HUMAN CLINICAL TRIALS START FOR THE WEARABLE ARTIFICIAL KIDNEY?

The 10 selected patients will be admitted to the hospital for 24 hours to receive their dialysis treatment with the wearable artificial kidney. During this time they will be closely observed and monitored for any complications with the dialysis and the device. Patients will then be monitored for 28 days after the use of the WAK. This will provide initial information on if the device safely delivers the same amount of effective dialysis treatments as the current hemodialysis treatments performed three times per week. This will include the absence of adverse events or reactions to the treatment and adequate removal of water and waste products. The goal of this clinical trial is to move forward toward additional clinical trials at several other research centers and eventually secure FDA approval for general use.

One component of the clinical trial will be looking at how the quality of life for the 10 study changes. One of the goals of the wearable artificial kidney is to allow patients to have more freedom and flexibility. For example, patients currently on hemodialysis can have difficulty rearranging their dialysis treatments to attend family and work events or even going away on vacation because there may not be a time slot or dialysis machine available at the time and place they want to go to. A wearable artificial kidney device will help eliminate that concern and worry. Many patients also live far away from dialysis centers meaning that a 4 hour dialysis treatment could turn into an 8 hour day with drive times. Once again, a wearable artificial kidney will alleviate that issue as patients would be able to do their dialysis treatment at home. This is one reason that researchers will be asking questions that involve changes to patients quality of life such as:

WHO IS ELIGIBLE TO PARTICIPATE IN THE CLINICAL TRIAL?

Patients must have End Stage Renal Disease currently on Hemodialysis for 3 times per week for a minimum of 3 months before enrolling in the study and must be over 21 years of age. Other requirements include:

WILL THE WAK ELIMINATE THE NEED FOR DIALYSIS CENTERS?

The WAK will probably not be recommended for all patients. Recommendations will come about after additional clinical trials are completed as the additional clinical trials will allow patients to wear the device for more hours independently and away from the center. Currently patients who are independent and able to be taught to perform several medical action steps would be able to use the device. However, patients who are very frail and unstable probably would not be considered for this treatment. Also patients who have difficulty getting or maintaining a good dialysis access may not be recommended to use the device once it is released for general use. Those patients will continue to need dialysis centers for their treatments.

The device is still several years from production for general patient use. Additional data must be collected and evaluated from the clinical trials and recommendations for treatment and use made based on these results. In addition, the device needs to be lighter in weight and more efficient so that it will be much more patient friendly. Once this has occurred doctors and nurses must be trained in the use of the device and insurance carriers must determine what they will cover of the treatment costs before patients can begin to use this as another treatment choice for dialysis. There are a few years of research and preparation ahead but there is hope that a safer, more flexible, more efficient way of cleaning the blood will be available in the Wearable Artificial Kidney.

2 Responses to "What’s Next for Dialysis Patients, Wearable Artificial Kidneys?"