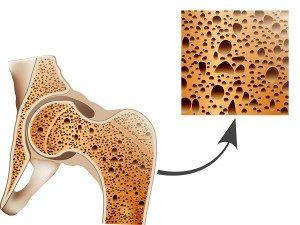 Vitamin D is a nutrient that is produced within the body; it can also be found in some foods or taken through supplements. This nutrient is vital for the human body and maintains the health of its bones. There are two forms of Vitamin D: Vitamin D2 and

Vitamin D3. Where Vitamin D3 can be obtained from animal derived foods and also produced in the human skin Vitamin D2 however is artificially added to food. The reason why the two are different is due to a alteration in their structure, particularly in a side chain, which makes them both slightly different2.

Vitamin D is produced in the skin when exposed to sunlight and as mentioned, it can also be found in some fish. Within the skin something called pro-vitamin D3 is transformed to pre-vitamin D3 with the use of sunlight. When Pre-vitamin D3 is formed, it undergoes two reactions, which activates it in the body. The first part of the reaction takes place in the liver and forms a substance called Calcidiol (25-hydroxylations [25(OH)D]). The second part of the reaction happens in the kidney and forms Calcitriol (1-25- dihydroxyvitamin D [1,25(OH)2D]), which is the active form.4,11

Absorption in the intestine

In the intestine there a receptors called Calcitriol’s receptors (VDR), they are also found in the bone along with other places in the body such as the brain, heart, pancreas, stomach, skin, gonads and white bloods cells.1 This suggests that the active form of Vitamin D must have some other roles apart from keeping our bones healthy. Calcitriols binds to VDRs in the intestine to increase the amount of calcium and phosphorus being absorbed. It also binds to VDR on osteoblast (bone cells) to help them mature. When they mature, it results in them removing phosphorus and calcium from the bone, with the aim of maintaining blood levels of both of those substances.4

Vitamin D maintains calcium and phosphorus concentrations within the body by promoting calcium absorption in the gut. It also maintains serum phosphorus and calcium levels to ensure normal mineralisation of the bone.1,2,4 Bone mineralisation is important to ensure that they are strong and hard and is a process that takes place throughout an individual’s life. These two substances, calcium and phosphorus, are also needed for bone modelling and growth by certain cells called osteoblasts and osteoclasts.2 Therefore, Vitamin D is vital in making sure our bones are strong and healthy.

Along with maintaining calcium and phosphorus levels, Vitamin D is involved in controlling cell growth, immune and neuromuscular function and reducing inflammation. A number of genes which encode proteins that regulate cell growth, differentiation and death, are modulated to some extent by Vitamin D.2

Now serum concentration of Calcidiol [25(OH)D] is a good indicator of the amount of Vitamin D within the body, it shows the amount of this vitamin obtained from supplements and food and also produced in the skin.4 The normal levels suggested for Calcidiol is above 20ng/mL and anything below or more than 50ng/mL could have adverse effects on health.2

Believe it or not but Vitamin D is pretty important and many sources have stressed on the fact that it is vital in maintaining health. Vitamin D deficiency is actually a common under diagnosed condition. When someone is deficient in something, it means they are lacking in it. If someone is suffering from Vitamin D deficiency it is most probably because they aren’t consuming enough of it in their diet or aren’t spending the right amount of time in the sun. It may even be because of the body’s inability to absorb the vitamin.

There are two disease related to Vitamin D deficiency:

Rickets occurs in children and affects the development of their bones, where bones become soft and weak leading to deformities. Osteomalacia occurs in adults due to Vitamin D deficiency and is also characterised by soft and weak bones, which can cause muscle weakness along with bone pain.2, 6, 7

Osteoporosis is another condition in adults that can be caused by the lack of Vitamin D and an individual suffering from is will also have weak and brittle bones.1

Evidence from a mass of studies has shown that Vitamin D has a part in reducing the risk of cardiovascular disease, type 1 diabetes, cancers, pregnancy complication and even the weakness that come with age.4

Role of Vitamin D In Diabetes

Lack of Vitamin D can make individuals vulnerable to type 1 and type 2 diabetes because its deficiency can disrupt insulin production and release in humans. Diabetes is a condition where a person’s sugar levels become too high and the hormone (insulin) that vital in controlling that sugar is not present. In some cases, the body does not respond to insulin resulting in glucose levels being uncontrollably high. There is a strong link between vitamin deficiency and type 2 dibaetes.8,12

Too much Vitamin D?

Yes the lack of Vitamin D is bound to have adverse effects on the body, but what about too much of it? There aren’t any specific symptoms for Vitamin D toxicity however, those suffering from it may be anorexic, losing weight, suffering from irregularities in heart rhythms and abnormality in the passage of urine.

Where can you get enough Vitamin D and how much of it do you need?

RDA stands for ‘Recommended Daily Allowance’ and indicates the daily level of intake that is deemed enough to meet our nutritional needs. In terms of Vitamin D, the RDA tells us how much of the nutrient in our diet is enough to maintain the strength of our bones. Table 1 below shows the RDA for Vitamin D.2

As mentioned, we get Vitamin D from the food we eat and from the sun. Not a lot of foods naturally contain Vitamin D, however some do and that includes:

For those that are deficient in Vitamin D, they can increase levels of the nutrient by consuming those mentioned above or even foods that have been fortified with the vitamin such as:

Sunlight is also the other way of producing Vitamin D however; there is no solid evidence at the moment that tells us how much sunlight is needed to make the right amount of Vitamin D. So far, researches have said that sun exposure to the arms, legs, face or back without sun protection, twice a week for about 5-30 minutes between 10 am to 3PM could result in enough Vitamin D production. It is advised for those who do not get enough sun due to the environment they live in to make sure they eat foods containing Vitamin D or supplements to make up for it.1,5,10

It needs to be taken into consideration that too much UV light can be dangerous and that precautions should be taken, meaning an individual should make sure that they do not stay out in the sun unprotected longer than they need to and if they do, they should apply the right amount of SPF protection.

For those who do train, Vitamin D has been highlighted as a nutrient that is linked with optimal muscle functioning. The more Vitamin D, the lower the pain, inflammation and muscle damage associated with training. However, ATP concentration, protein synthesis, physical performance, exercising capacity, jump height, and strength are enhanced with Vitamin D supplementation.

By Dr. Hasina Akhtar INTRODUCTION OF VITAMIN B3 or NIACIN Vitamin B3 also known as…

One Response to "Vitamin D"