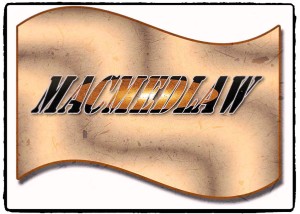 Medicare’s genesis was in the 1930s when President Franklin D. Roosevelt was a proponent for universal health care in America. Such an idea did not sit well with many in Congress, and the thought died. In 1948, President Truman proposed universal medical care for all citizens. The proposal did not get through committees in Congress.

By 1960, only 50 percent of people 65 years of age or older or who had disabilities had some type of health coverage.i The cost of medical care for the elderly or disabled was prohibitive. Supporters of universal health care lobbied Congress to pass health care benefits for those 65 or older. Unfortunately, efforts to pass such legislation failed during the 1950s and early 1960s.

John F. Kennedy, when he was a senator, strongly supported what was called “Medicare.” When he became president, he backed a Medicare bill, but it was voted down in 1962. President Kennedy was still attempting to pass legislation to provide medical care to the elderly when he was assassinated in Dallas in 1963.

Initially, the constructors of Medicare instituted a Part A for hospital coverage, and a Part B for physician and outpatient treatment. Medicaid was born to take care of the poor. Originally, Medicare did not cover prescription drugs, long-term care, or cap the limit of money the beneficiary could be responsible for. There were deductibles, co-pays, and premiums. These were all compromises so the bill would pass.

Before Medicare, medical costs were a major concern for retired and elderly citizens. With the passage of Medicare, many people over 64 years old suddenly had access to health care. In 2010, only 2 percent of the aged did not possess medical coverage.ii The number of hospital admissions and the frequency of doctor visits rose substantially.iii Life expectancy increased around 15 percent between 1965 and 1984.iv Now the mature had access to new medical advances. There was a definite improvement in the lifestyle of citizens 65 years old and older.

Medicare grew quickly and became popular. In 2013, 52 million U.S. citizens had Medicare (one-sixth of the population) that cost the federal government 583 billion dollars that year.v Most people who are Medicare beneficiaries are pleased with their coverage. The amount of out-of-pocket expenses is substantially lower compared to people under 65 with private health insurance.

Before Medicare, there were segregated hospitals and physicians. Because of the Civil Rights Act of 1964, if a hospital, doctor, or any health care enterprise wanted to service Medicare beneficiaries; they had to be desegregated. The result was the desegregation of all hospitals in the United States.

Medicare does not cover every dollar of a person’s medical bill. With a severe illness or a lengthy stay in the hospital, a Medicare beneficiary could accumulate a bill in the thousands of dollars. This is the reason many participants purchase supplemental insurance called Medigap coverage. This policy will pay for deductibles, co-pays, and medical care if one travels out of the U.S. There is a premium for Medigap insurance and, as of January 1, 2006, Medigap plans cannot offer prescription-drug coverage. One cannot have a Medicare Advantage (Part C) plan and a Medigap policy.

Medicine as changed dramatically since 1965. It should be no surprise Medicare has seen many alterations.

In 1972, Congress passed into law that people under the age of 65 could receive Medicare benefits if disabled and had gotten Social Security disability payments for at least two years. Also covered were citizens suffering from end-stage kidney disease requiring dialysis. By 2013, 8.8 million American citizens qualified for Medicare through these stipulations.vi

Benefits have expanded under Medicare through the years. In 1972, Medicare added speech therapy, physical therapy, and chiropractic benefits. President Reagan, in 1988, attempted to add prescription-drug benefits and a cap on out-of-pocket expenses; however, in 1989, Congress repealed the legislation.

In 2003, as part of the Medicare Modernization Act (MMA), President Bush passed prescription-drug coverage. It was called Part D. January 1, 2006 was its implementation date. Part D prescription-drug benefit was available if the beneficiary had a private plan or a stand-alone scheme. A premium is required.

With passage of the Balanced Budget Act of 1997, Medicare beneficiaries had the choice of receiving Medicare coverage through private insurers. Many politicians believed Medicare participants could be more efficiently managed by private insurance companies. These are called Medicare Advantage Plans. These plans typically utilize a particular group of providers. Many have an out-of-pocket cap on medical expenses. Part C members may have prescription drug, dental care, vision care, paid annual physical exams, even health club membership benefits. However, the Medicare Advantage participant has to pay a premium along with a Part B premium. For those with a Medicare Advantage scheme, Medicare Part D prescription-drug plan is an option. There is a deductible.

Originally, the more hospitals and physicians billed for the more Medicare paid. Finally, in 1983, the Medicare Prospective Payment System (PPS) was enacted. Under this legislation, hospitals are paid by Diagnosis-Related Groups (DRGs). For a particular diagnosis, the hospital receives a set amount of reimbursement. The PPS changed Medicare payment from a retrospective system to a prospective plan.viii A hospital stay became the unit of payment. Private insurance companies quickly adopted DRGs.

The Omnibus Budget Reconciliation Act of 1989 introduced changes to physician payments. The Medicare Volume Performance Standards (MVPS) was a method to control costs. Starting on January 1, 1992, a Physician Medical Fee Schedule took effect. Physician service reimbursement was determined within the Resource-Based Relative Value Scale with three Relative Value Units (RVUs) calculating the fee paid. The doctor got reimbursed according to the RVUs of the patient encounter. In 1998, Congress replaced the MVPS with the Sustainable Growth Rate (SGR) because of the highly variable payment rates seen.

The SGR attempts to hold down spending by setting annual and cumulative expense targets. In 2002, payment rates were reduced 4.8 percent. Since that period, the SGR has predicted lower reimbursement rates for physicians. However, since 2003, Congress has interceded and prevented physician payment cuts every year. The deficits are cumulative and, according to the SGR, physician reimbursement rates were due to be decreased by 24 percent April 1, 2014. This lead to another congressional action delaying the lower rates.

On March 14, 2014, the House of Representatives passed the SGR Repeal and Medicare Provider Payment Modernization Act of 2014 (H.R. 4015; 113th Congress). This bill would repeal the SGR and replace it with new legislation to determine physician fees. The Democrats did not support the bill because it would delay the PPACA’s (“Obamacare”) individual mandate requirement. There exists a bipartisan agreement that the SGR needs to be repealed, but Congress has yet to agree upon a plan.

Despite these efforts, the cost of Medicare continues to rise.

Medicare is complicated and can be confusing to providers and participants. In comparison to U.S. citizens under 65 who possess a single health plan that covers everything with upfront premiums, co-pays, and deductibles, Medicare beneficiaries face numerous, perplexing choices.

There is traditional Medicare with its Part A, Part B, and Part D. About 70 percent of elderly choice the traditional route. Part A covers hospital care and does not have a premium to pay. However, Part A has co-pays and deductibles. Part B pays for physicians and outpatient care. It has a mandatory premium, in addition to deductibles and co-pays. Part D prescription drug plan enrollees can choose from numerous private plans with differing benefits and premiums. Most traditional Medicare participants buy supplemental or Medigap insurance. A few people are dually eligible for both Medicare and Medicaid, which will pay what Medicare does not reimburse. This varies from state to state.

Despite the coverage from Medicare, many low-income participants amass medical bills. There is no coverage for long-term care. All Medicare beneficiaries spend an average of 14 percent of their household budget on medical attention. The older, sicker member frequently spends more.xii

The complexity and disintegration of Medicare is a barrier to implementation of consistent, universal policies that could hold down spending and increase quality of medical care. Currently, Medicare is still predominantly based on the fee-for-service model. The hospital or physician just does more to get paid more despite the outcome. There are a few ideas to change this expensive model for reimbursement.

Blended payments offer a monthly payment per patient for care and medical management of that consumer. This involves primary care services. There would be bonuses for attaining quality targets and a shared savings program.xiii

Bundled payments have been advocated. A bundled payment is a set reimbursement for a single, specified medical or surgical condition. It is one payment to the hospital, doctor, and supporting staff. The theory is it would cause all players to coordinate care, become more efficient, and decrease costly medical errors.

The PPACA has strongly advocated the development of Accountable Care Organizations (ACOs). These are organizations of providers who are responsible for the cost and quality of medical care for a set number of patients. There are two types: Medicare Shared Savings Program (MSSP), which providers share in the savings the ACO produces compared to predicted Medicare costs; the Pioneer ACO, which also shares the savings but risks the costs that exceed anticipated Medicare expenditures. Both types have quality targets to meet.xiv

At the time of this writing, there are 19 remaining Pioneer ACOs. Of these, 14 had savings and got shared-savings bonuses.xv Of the 337 MSSP ACOs, 52 received shared saving bonuses in their first performance year.xvi

Many politicians feel Medicare would function better if private enterprise possessed a r role. These Congress people and others want to see beneficiaries receive a defined subsidy they could use to purchase traditional Medicare or a private plan. A competing Medicare exchange would be available for the consumer to shop around. If a person chooses a plan that is more expensive than the subsidy, they will be responsible for the cost difference.

Another plan on the table involves restructuring traditional Medicare. This would require merging Parts A, B, and D into a single program with a single premium. Co-pays and deductibles would be universal. The federal government would still oversee the system. Such a scheme would make Medicare less complex for beneficiaries and providers. It would substantially lower expensive administration costs.

Incentives may be offered for consumers or patients to employ better providers and treatments. There would be an incentive for one to take their diabetes and high blood pressure medications.

This plan would still allow for value-based purchasing, ACOs, blended payments, and bundled payments to increase efficiency and quality of care. Medicaid could provide assistance with premiums and out-of-pocket expenses for low-income families. This proposal would make Medigap plans unnecessary, saving the purchase price and administrative costs associated with supplemental insurance.

No matter which system is implemented, there has to be a reduction in Medicare spending and complexity while upholding accessibility and quality health care. By 2030, more than 80 million people will be Medicare beneficiaries.

America must make health care and Medicare reform a priority. For consumers and providers there needs to be simplicity and transparency. If America’s health care system, including Medicare, stays as is, in a few years, this country could be facing critical rationing of medical care and bankruptcy.

ix 2014 Annual Report of the Board of Trustees of the Federal Hospital Insurance and Supplementary Medical Insurance Trust Funds. Washington, DC. The Trustees, July 2014.

Effect of BCAA and Glutamine on High Intensity Performance

One Response to "Medicare"