Food Cravings and Pica; An Overview 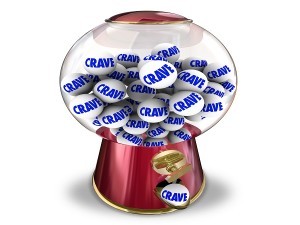 How many times have you made the comment “my body must need something because I feel like I am craving chocolate, steak, liver etc.” and then proceeded to grab the particular food desired? Many times we have said that we are craving a certain food and linked it to something specifically lacking in our bodies. That is a belief that has been around for many years. Research has shown that there is some truth to that belief about cravings, but there is more to it than that. Why do we get these strong needs or desires for certain foods at certain times, is it more than just our bodies needing a nutrient?

WHAT IS A CRAVING?

A ‘craving’ can be defined as an overwhelming desire, interest in or yearning for something, usually food. According to the American Society of Nutritional Sciences in 2003, about 97% of women and 68% of men have had at least one episode of food cravings. These cravings act as a motivation to find a certain food and act as a reminder that you won’t be satisfied or happy until we have had that one food. For many people these food cravings such as for barbeque chips, chocolate, special ice creams etc., eating a small portion of the food satisfies the craving and it goes away. For other people, the craving and subsequent eating of the food can lead to periods of binge eating and problems such as large weight gain, obesity and other eating disorders. The USDA Human Nutrition Research Center on Aging did a study on 32 overweight women who were placed on a diet. The most commonly craved foods among these 32 women were things like salty chips and French fries and sweets like chocolate that are very high in sugars and fats.

WHERE DOES THIS CRAVING COME FROM?

Researchers are still trying to answer that question. One study reported in Psychology and Behavior that healthy males and females were placed on a diet that met all of their nutritional needs through daily consumption of nutritional shakes in place of meals for 5 days. The study participants reported more cravings than when eating a diet rich in a variety of foods, leading the researchers to believe that it was not a nutritional lack that was causing the cravings but instead a monotonous diet.

Other research studies have shown that mental images of the craved food may play a big part in the craving itself. The more vivid and realistic the mental picture of the food, the more intense the craving. Study participants were found to be able to recall fewer words and solve less math problems when they were craving chocolate compared to participants who were not craving chocolate. Research is being conducted to determine if cognitive tasks such as solving math problems can help to curb and stop cravings for items such as chocolate.

Other research theories have focused on a connection between cravings for carbohydrates and sugars may be connected to mood, as people may take in more carbohydrates to treat a low mood or stress levels and use it to elevate their moods. The theory suggests that taking in carbohydrates may trigger an increase in the brains neurotransmission chemical serotonin which can elevate mood and regulate appetite.

Hormones may also be involved in the yearning or craving for certain foods. What happens is, we eat a food we enjoy and thanks to hormone receptors in the body we get a happy or pleasurable feeling. Over time, as we eat the foods that bring us the happy feeling can become dulled as the hormone receptors become used to the food and don’t release the feeling of pleasure. This causes us to feel a need to eat more and more of that food to make us feel satisfied.

Along with the hormones playing a role in cravings, so too can memories. Certain foods can be associated with certain emotions and memories. Smelling a certain smell or seeing a certain photograph can bring back a specific memory or emotion and trigger a sudden intense desire or craving for the food.

WHAT IS MOST CRAVED FOOD?

Chocolate is the most craved food in North America. 40% of women and 15% of men admit that they crave chocolate. Some these men and women admit a preference for any food that is sweet but often find that other sweet foods do not satisfy their cravings like chocolate does.

This leads to a question of why is chocolate the most craved food and not broccoli or kale. Some scientific studies have shown that chocolate naturally contains some ingredients that act like psychologically active agents. These include:

Chocolate is also naturally high in magnesium, an important element needed by the body for bone and muscle health. This has led to the suggestion that people who crave chocolate may be lacking magnesium in their body. However, there are other foods high in magnesium such as nuts, that are not craved or when eaten do not stop the craving.

IS IT POSSIBLE TO STOP A CRAVING WITHOUT EATING THE FOOD?

There are some tricks to try and beat a craving, especially if you are on a weight loss diet or have food restrictions.

WHAT IS A PICA AND HOW IS IT DIFFERENT FROM A CRAVING?

A Pica can be thought of as an unusual form of a craving. Pica usually involves craving something that is not food or has no nutritional value at all and is usually consumed in large quantities. Pica is the Latin term for Magpie or a bird believed to constantly seek out items to satisfy its curiosity. With a dietary Pica, a human being does the same with an unusual nonfood substance. There are 8 common forms of pica listed below:

For most people, a pica is considered a compulsive, repetitive behavior but is not considered to be a psychological disorder. A pica is usually a result of an undiagnosed or unnoticed medical condition such as iron deficiency anemia. Picas are often not noticed by healthcare providers because people are often embarrassed about their unusual eating habit. Most health care providers will find out about a pica when they talk to patients about their diets. If you are eating anything unusual, it is important to mention it to your healthcare provider by mentioning what you eat and when. You may not even realize that what you are doing is a pica but may merely think of it as a food habit or routine. If you are doing something that you think may be a pica or see a family member doing something for more than 1 month that may be a pica behavior, mention it to a healthcare provider and ask questions about it. A healthcare provider can do a thorough exam to find out what may be causing the problem.

WHAT CAUSES A PERSON TO HAVE A PICA?

Evaluation for a pica should be based on what the patient reports eating on a regular basis as well as any unusual symptoms of infections, poisonings and toxicity.

WHO IS AT RISK FOR DEVELOPING A PICA?

WILL PICA GO AWAY ON ITS OWN OR IS IT A PERMANENT PROBLEM?

Picas will often go away on their own in young children and in pregnant women once the nutritional related issue such as iron deficiency is resolved. However, Picas can last for many years in people who are intellectually challenged or disabled and can lead to very serious medical problems if left untreated. Damage done by lead poisoning is often permanent. People can develop high potassium levels in the blood, usually from ingesting ashes or burnt cigarettes, causing the muscles, especially the heart, to not work properly.

WHAT SYMPTOMS WILL A PERSON WITH PICA HAVE?

It depends on what is causing the Pica and what the person is eating.

There is currently one specific test that can tell if a pica is present. Children between the ages of 1 and 2 can be checked for blood levels of lead. If a person is having GI symptoms an x-ray of the abdomen may be done as well as an upper and lower GI examination using barium. The tests may be repeated on a periodic basis to track movement and changes in the objects seen.

A healthcare team approach is best for working with a patient (especially those who are intellectually disabled) with a pica. A dietitian or nutritionist may help in identifying eating patterns and nutritional deficiencies. A psychologist or psychiatrist and a social worker may be helpful in changing the behavior patterns that go along with Pica eating as well as starting behavior changing plans to eliminate the pica.

Medical intervention may also include correcting iron deficiency anemia with iron pills, injections or intravenously. Serotonin inhibitor medications such as escitalopram can be given to help decrease the desire for the object. Frequent follow up with the healthcare team is also necessary.

As you can see Cravings and Picas are similar but very different with Picas being the more serious of the two. If you suspect that you or a family member maybe dealing with unusual cravings or picas, make an appointment to discuss in detail with your healthcare provider.

Do antioxidant supplements prevent the benefits from exercise?

By Dr. Gary Franke Introduction Almost everyone has heard about antioxidants. These nutrients, often vitamins…

By Dr. Hasina Akhter INTRODUCTION Vitamin B6 is one of the nine water soluble B…

One Response to "Food Cravings and Pica; An Overview"