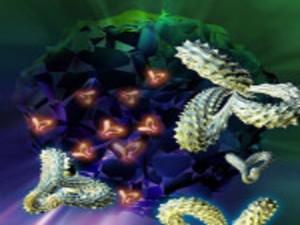 Cancer is a broad term used for a large group of diseases that can affect any part of the body. It is characterized by abnormal division of cells that grow beyond their usual boundaries followed by invasion of the adjoining parts of the body and spread to other organs. This process is called metastasizing and is the major cause of death from cancer. It is currently the leading cause of death worldwide accounting for 8.2 million deaths worldwide in 2012 [4]. But in this era of digital evolution, the medical field is experiencing its own revolution with companies focusing on developing novel drugs for treatment of cancers through a sharing of knowledge between chemical and biologic drug developers.

This has led to a shift in the landscape for personalized medicine with researchers moving away from traditional chemotherapies and towards new therapies like Antibody Drug Conjugates (ADCs). These ADCs have emerged as a new class of cancer drugs with the ability to cure even end-stage terminal patients.

What are Antibody-Drug Conjugates?

Antibody–drug conjugates (ADCs) consist of a monoclonal antibody, stable linker and a cytotoxic agent for targeting a variety of cancers. In simple terms, these ADCs deliver the “deactivated” cytotoxins to the specific cancer cells where after internalization the cytotoxin is activated resulting in rapid cell death. These ADCs behave like armed antibodies which selectively target cancer cells leaving healthy tissue unaffected. Thus, overcoming the drawbacks associated with the conventional therapies. Moreover, by linking mAbs with cytotoxic agents the researchers are able to combine the specificity and antitumor activity of monoclonal antibodies (mAbs) with the potent cell killing activity of cytotoxic drugs [3].

How do ADCs work?

ADCs or Antibody Drug Conjugates work as a three-component system including a potent cytotoxic anticancer agent which is linked via a biodegradable linker to a monoclonal antibody (mAbs). The role of antibody is to bind to certain specific markers i.e. antigens or receptors at the surface of the cancer cell. The ADC complex is then internalized within the cancer cell, followed by degradation of linker and the activation of anticancer drug which is then released inside the cell where it binds to its molecular target and effects cell death. This approach is successful in case of hematological malignancies but suffers from limitations due to the biological barriers i.e. the challenge of penetration into the dense tumor tissue associated with solid tumors. Thus, limiting their therapeutic effectiveness.

However, researchers at Blend therapeutics have successfully developed miniaturized biologic drug conjugates or mBDCs which are encapsulated in patented polymeric nanoparticles in order to protect them from their rapid clearance as well as to allow for their accumulation in the tumors through the leaky vasculature which is the characteristic feature of solid tumors. Traditionally mBDCs have faced a limitation of poor circulation time, due to their small size. But by encapsulating them in a nanoparticle the researchers at Blend Therapeutics improved the circulation times as well as their
pharmacokinetic properties. Owing to their unique design which focusses on using smaller targeting agents like peptides, or antibody fragments these mBDCs are able to reach the deeper layers of dense tumor tissue and its associated extracellular matrix. Thus, providing it with an unparalleled ability to therapeutically penetrate and target tumors giving it an upper hand over its predecessors [1].

Many companies like Pfizer, Roche, Seattle Genetics, AstraZeneca and others are working to develop ADCsfor various indications, a majority of which are for oncological indications due to availability ofmonoclonal antibodies targeting various types of cancer. The collective pipeline for ADCs is brimming with 264 drugs out which 253 are being developed for oncology indications while the other therapy areas include dermatology, immunology, women’s health, gastrointestinal and ophthalmology. A tremendous amount of research interest has spurred in this field with North America having the highest number of ADCs in development followed by Europe and Asia-Pacific. The recent approval of two ADCs viz, brentuximabvedotin (Adcetris) and ado-trastuzumabemtansine (Kadcyla) for cancer treatment and the emerging data from clinical trials highlight the potential for antibody-drug conjugates to offernew therapeutic options for patients [2].

The Antibody-Drug Conjugates based anti-cancer therapy provides a new opportunity to re-examine the future of cytotoxic therapy. The combination of better tolerability with increased potency offers the hope for an improved quality of life for patients suffering from cancer. Although these ADCs have recently come of age, the rate of evolution in this field is rapidly accelerating leading to groundbreaking therapies, which are sure to improve cancer care in the near future.

One Response to "Antibody-Drug Conjugates (ADCs) to treat Cancer"