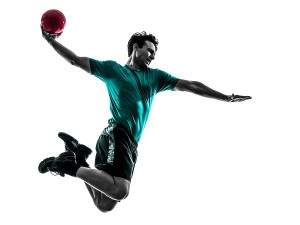 The fatigue caused by functional changes (mainly neurochemical changes) in the Central Nervous System (CNS) due to prolonged exercise is known as Central Fatigue. The main neurotransmitters that are known to be affected are serotonin or 5-HT (levels increase) and dopamine (levels decrease).

Serotonin or 5-HT is a hormone in the brain that affects mood, behavior and sleep. It is cerebrally synthesized from L-Tryptophan (TRP – an essential amino acid that cannot be synthesized in the body and must be consumed as food). The rate limiting step in this synthesis is the transport of TRP into the brain which happens across the blood brain barrier (BBB)1. During prolonged exercise, the level of plasma non-esterified fatty acids (NEFA) or free fatty acids increases. This causes an increase in free TRP as NEFA and TRP compete for the same binding site in albumin (the main protein in human blood plasma)2. This leads to more TRP transport across the BBB leading to increased serotonin synthesis and increased brain serotonin levels3. There is a suggestion that serotonin increase could cause physical fatigue since it has been associated with mood and sleep4. This has been proved in some studies by altering the synthesis using serotonin agonists and inhibitors.

TRP shares the BBB transport mechanism along with branched chain amino acids (BCAAs) (name given due to its chemical structure). BCAAs are made up of three essential amino acids, leucine, isoleucine and valine and are consumed by athletes during prolonged exercise. These are otherwise obtained only through foods like meat, dairy products and legumes. BCAAs account for 35% of essential amino acids in muscle protein. Since BCAAs compete with TRP for the transport, consuming BCAAs will cause a decrease in the plasma TRP/BCAA ratio which would reduce transport of TRP into the brain, thus decreasing serotonin synthesis and central fatigue1,3. So far human studies have not been able to find differences in central fatigue between BCAAs and the placebo groups.

BCAAs supplementation is also known to cause increased ammonia (NH3) production during exercise5. Elevated blood NH3 levels would cause elevated cerebral uptake. This results in central fatigue and muscle weakness. Hence this might offset any benefit that BCAA supplementation might produce resulting in net increase in central fatigue. Arginine (Arg – a conditionally essential amino acid) is a part of the urea cycle where urea is formed from ammonia thereby decreasing ammonia levels. Hence one way to decrease the NH3 accumulation during exercise is by consuming Arg6.

A study was conducted in Taiwan to notice if central fatigue could be affected by a combination of BCAA and Arg. The hypothesis was that BCAA would decrease the tryptophan/BCAA ratio and Arg would prevent hyperammonemia and together this could alleviate central fatigue. For the first time this type of study was conducted in something different from just a single bout of endurance exercise. The logic was that intermittent sprint exercises like handball, basketball or soccer would be a better way to study central fatigue than a single bout of exercise. Backing this logic is a study that shows that intermittent exercise shows decreased cognitive function and motor skills (both indications of central fatigue)7. The mode of study undertaken was chosen hypothesizing that central fatigue might be more pronounced on consecutive days.

15 male and 7 female well-trained, physically fit, handball players who had not consumed any protein supplement 3 months prior were chosen for this study. There was one simulated handball game on each of the two consecutive days of the study. Each game had two 30-min halves with a 10-min rest in between. The subjects in the AA trial were given 0.17 g/kg BCAA (leucine: isoleucine: valine = 2:1:1 in a powdered form dissolved in grape juice) and Arg (0.04 g/kg as capsule) supplement and those in the PB trial (control) were given an equivalent amount of starch as dissolved powder and capsule. Food parameters were kept constant for all players. Supplements were taken exactly 60 minutes prior to exercise following studies that prove peak plasma concentrations of BCAA and Arg one hour after consumption. The participants were blind to what they were consuming as both control and AA supplements looked alike. A cross-over study was also done in which the two groups were switched.

Improvement in Sprint Time on Day 2 in the AA Trial:

There was significant difference in the average 20 m sprint time in the simulated handball game. This was seen in the trial factor (between the 2 trials) and in the time factor (4 time points that represented 4 times, day 1 pre-exercise, day 1 post-exercise, day 2 pre-exercise and day 2 post-exercise). In the PB group sprint time worsened on day 2 after exercise than before indicating fatigue whereas it did not worsen in the AA group. Comparing data within the same trial between the 2 days revealed that the sprint time improved on day 2 in the AA trial in both the pre- and post-exercise time points which was significantly different from the PB trial. This suggests an improvement in sprint performance.

The Ratings of Perceived Exertion (RPE) were recorded after the first and second half of the simulated games in both trials. There was significant trial and time effects. The average RPE throughout the 2-day trial was lower in the AA group than in the PB group showing that there was reduced fatigue with the AA supplement. Plasma concentrations of BCAA were measured before and after the simulated games on both days in both trial groups. BCAA levels were significantly elevated on both days in the AA group after exercise indicating peak plasma concentrations of BCAA. BCAA levels were also elevated significantly only on day 1 of the PB trial. Plasma TRP to BCAA ratio was significantly lower after exercise on both days. This was the case only in the AA trial and not in the PB trial indicating no change or an increase in the serotonin production in the latter. In the AA trial, these results indicate more binding of BCAA to the L-system transporter causing less TRP into the brain leading to reduced serotonin synthesis and to less cerebral fatigue. This reduced fatigue manifests itself in the significant improvement in sprint performance on day 2 when the athletes consume the combination of BCAA and Arg. This is concluded with the assumption that central fatigue is mediated only by the reduced serotonin synthesis.

So, is Serotonin the only Substance that Drives Central Fatigue?:

Since the TRP/BCAA ratio after exercise reduced on both days in the AA trial but the sprint time or performance improved only on day 2, it can be assumed that the negative effect of central fatigue on the performance did not set in till day 2. The negative effect is more apparent on day 2 if fatigue has already set in on day 1 and then increases on day 2 under physiological and psychological stress conditions. Meanwhile, plasma NEFA concentrations increased post exercise in both trials. Contrary to expectations, total TRP levels did not increase in the 2 trials after exercise as evident by the fact that total TRP/BCAA ratio unchanged in the PB trial. But we can assume that free TRP concentrations increased after exercise (although not measured in this study) in both trials because the elevated NEFA would have competed with free TRP for the same binding site for albumin. This would result in increased post-exercise free TRP/BCAA ratio in the PB trial causing increased serotonin production and central fatigue. In the case of the AA trial, the increase in BCAA would have offset the increased TRP level and caused an overall reduction in the post-exercise TRP/BCAA ratio. Again, central fatigue in intermittent exercise could be mediated by factors other than just the TRP/BCAA ratio. Knowing the complexity of the brain, interactions of serotonin with other neurotransmitters and how that could contribute to central fatigue have been hypothesized. Further studies on how BCAA and Arg supplement could affect other neurotransmitters have to be done.

As proposed, NH3 concentrations were significantly increased after exercise on both trials, significantly more after exercise in the AA trial than in the PB one as increased BCAA causes increased NH3 plasma levels. Supplementation with Arg did not have the desired effect of NH3 that of preventing this increase. BCAA oxidation could be one possibility, the other being that the amount of NH3 produced during this exercise was so large that the effect of Arg on the urea cycle was not significant.

In summary, the above study shows that the supplementation of BCAA and Arg can improve performance in intermittent sprint on the second consecutive day of the game. The mechanism proposed is that the decreased TRP/BCAA ratio causes decreased serotonin sysnthesis leading to reduced central fatigue. It can be assumed that the above protocol involving a simulated handball game on 2 consecutive days reflected the physiological demands of high-level handball competitions. Hence the results of the above study can have practical applications for athletes who take part on consecutive days in tournaments.

HANDBALL GAMES IN MALE AND FEMALE ATHLETES: A RANDOMIZED TRIAL

By Perry McLimore, MD., JD. Gamekeeper’s thumb was described in 1955 due to chronic…

By Perry McLimore, MD., JD. ELBOW The elbow is a synovial joint, which means the…