The Increasing use of Dietary Supplements: Benefits and Dangers 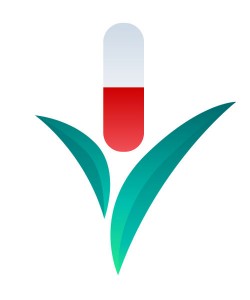 Over the last few years, particularly since 2010, there has been an increase in intake of dietary supplements. According to the new market report published by Persistence Market Research, the global dietary supplements market was valued at $109.8 billion and is expected to grow to about $179.8 billion by 2020.1

Increased use seems to be directly related to greater interest in healthy living.1 Dietary supplements, with their wide availability and different dosage forms, seem to be an ideal choice, in the consumer eye, to meet recommended daily allowances (RDA).1

Three major factors have been identified for the supplement market boom: aging population, increasing lifestyle-related diseases, and increasing healthcare cost.1 The Asian-Pacific area has the largest market of supplements; however, about 68% of adults in the United States use supplements, and about 50% are regular users.1

With market expansion, comes the question of whether the benefit of supplements can be measured through clinical trials. The objective of this article is to dissect the benefits, and potential dangers of supplement use, with a focus on evaluating multivitamins, St. John’s Wort, and CoQ-10.

DRUG VS SUPPLEMENT – THE FDA DEFINITION

The differentiating factors separating drugs and supplements are the specific definition and extent of Federal Drug Administration (FDA) control and regulation. According to the FDA, the definition of a dietary supplement is a product intended for ingestion that contains a dietary ingredient intended to add further nutritional value to a diet; a dietary ingredient may be one or a combination of any of the following: a vitamin, mineral, herb, amino acid, concentrate, metabolite, extract, or constituent.2

Dietary supplements are defined under the category of food rather than drug, as per the FDA, and are regulated by Center of Food and Safety and Applied Nutrition (CFSAN) agency, its regulation authorized by the Dietary Supplement Health and Education Act (DSHEA).2

Unlike drugs, supplements do not have to abide by the strict approval process mandated by the FDA; rather, the manufacturer must only ensure its safety, refrain from false and misleading claims, and abide by the Food, Drug, and Cosmetic Act (FDCA).2 Table 1 describes the three types of claims than can be made about dietary supplements for marketability.3 Thus, there are no requirements for any supplement to be efficacious in regards to the claim being made.

Because the FDA has limited authority on the regulation of supplements, there are multiple certification programs that claim to overlook the supplement industry. ConsumerLab.com is the most well-known program, coming from a private company that analyzes products in popular supplement categories.4

ConsumerLab.com tests randomly chosen products from the internet, stores, and catalogs for identity of ingredients, strength, contamination, and ability to disintegrate.4 Once the product passes these tests, the manufacturer can display the ConsumerLab.com seal on the label and in advertising and becomes subject to periodic testing.4

Similarly, the United States Pharmacopeial Convention (USP) is a nonprofit organization which also tests supplement products.4 However, the USP focuses on the finished product as well ensuring that the good manufacturing practices (GMPs) are followed appropriately. The USP Verified seal suggests that the manufacturer passed the tests and remains compliant.4 Ideally, consumers should be encouraged to purchase supplements containing certification seals.

Even though certification programs aim to expand regulation within the dietary supplement market, certain limitations still exist. No data states that all lab testing is conducted in a similar fashion and products that fail testing are not marked in any manner.4 Moreover, products that have not been tested are not necessarily inferior; rather, they are just that—untested products.4 Lastly, certification seals do not guarantee safety, efficacy, or compatibility with prescription drugs.

One of the main controversies surrounding the use of dietary supplements is concerning multivitamins. About 70% of adults over the age of 65 take supplements to fill in gaps in their diets.5 The importance of the age group is clear; consumers over the age of 65 are also significantly impacted by comorbidities for which they are taking other medications.

Numerous clinical trials attempt to explain the effect of multivitamins, especially in regards to mortality and morbidity; however, prudence should be utilized when looking at data since multiple factors are involved. In 2013, authors from Johns Hopkins published a strong editorial opposing the use of multivitamins.5

They claim that multivitamins do not have beneficial properties for the prevention of all-cause mortality, cancer, or cardiovascular disease as compared with placebo.5 Their message aims to abort the use of multivitamins for well-nourished adults because clinical trials show no additional benefit in preventing chronic diseases.5

Even though multiple clinical trials were alluded to, patients enrolled in studies were of different ages, levels of compliance, and baseline characteristics.6, 7, 8 It becomes difficult to evaluate the impact of multivitamins when patient factors are different; therefore, meta-analyses are often implemented as the study design.

Meta-analyses have its limitations as well; they consist of drawing conclusions from multiple sources of data which may not be congruent. All in all, use of multivitamins in well-nourished adults is controversial; data is inconclusive at best.

St. John’s Wort (SJW) is another herbal supplement, leading in its use for depression and anxiety. It has also been known to have health benefits for reducing severity of pre-menstrual symptoms, regulating hormonal activity, preventing cancer, protect against viral infections, and reducing inflammation.9

St. John’s Wort is derived from a flowering plant called Hypericum perforatum that grows in Europe and is available in dosage forms such as a tincture, capsule, oil, or raw. A range of bioflavonoids and antioxidants are vital components that exert the discussed effects.9 Some of the common adverse reactions reported with SJW include dry mouth, dizziness, gastrointestinal symptoms, increased sensitivity to sunlight, and fatigue.9

The efficacy of SJW in moderate severity major depression was evaluated in a randomized, double-blind 4-year trial consisting of 340 patients conducted by the National Institutes of Health (NIH). The trial stratified patients into three arms: placebo, SJW 900 mg (300 mg three times a day), and sertraline 75 mg.

No statistical difference was found between SJW and placebo groups in reference to primary outcomes of complete remission (lack of symptoms) and improvements in symptoms as measured by the Hamilton Depression Scale (HAM-D).10 SJW, however, is often recommended by psychiatrists for relief from depressive symptoms.9

In the annual survey conducted by National Center for Health Statistics in 2014, 28% of all visits when SJW was discussed with a physician, a significant drug interaction was discovered. SJW is an inducer of CYP3A4, a common enzyme medications utilize to be metabolized. Depending on the specific pathway, SJW can increase or decrease prescription drug level, changing the response.

Another manifestation of taking SJW concomitantly with prescription drugs known as the SSRIs is the serotonin syndrome.12 Both SJW and SSRIs modulate serotonin levels in the brain, causing symptoms such as shivering, diarrhea, muscle rigidity, fever, and seizures.12

Due to these interactions, the FDA issued a Public Health Advisory on February 2000 warning physicians about these interactions and urging them to advise patients.10 It is absolutely crucial for consumers to notify all health care providers before considering the addition of SJW to their medication regimen.

Coenzyme Q10 (CoQ10) is an antioxidant that is needed for basic cell function, specifically for mitochondrial respiration. Deficiencies in CoQ10 have been linked with myopathic syndromes, leading to its implication in statin therapy. Dosages used in most studies are 50 – 250 mg divided twice or three times a day.13

About 1 in every 15 patients develop myopathy secondary to statin therapy.13 Some signs and symptoms indicative of myopathy include flu-like symptoms, low back or proximal muscle pain, and brownish urine color.13

Myopathy can occur any time after the first week of initiation of statin therapy and resolves after days to weeks of discontinuing therapy. Analysis of multiple placebo-controlled trials by Banach et al. concluded the significance of statin-induced depletion of CoQ10.14

However, the mechanisms and clinical consequences of low CoQ10 levels are not clear. In a small patient population of thirty-two patients, reduced CoQ10 levels are commonly seen in the elderly, individuals who engage in intense physical training and diabetes mellitus patients.14

Considering the number of cardiovascular events that are prevented with the use of statins and the risk of myopathies that ensue, statin use should not be halted in patients with cardiovascular risk factors. However, the use of CoQ10 is not supported by scientific studies. At this time, physician opinion and patient preference are the deciding factors on CoQ10 use for statin-induced myopathy.

In conclusion, data on dietary supplements is limited and larger, randomized clinical trials are still in demand. Particularly for multivitamins, SJW, and CoQ10, benefits are not clear and potential dangers exist. Consumers should notify their physicians and other healthcare providers before initiating any supplements and physicians should holistically evaluate medication profiles before recommending supplements.

Gaps in continuity in care, unfortunately, limit ideal communication between patients and healthcare providers. With present data; however, recommending or prohibiting any dietary supplements is difficult and further research is warranted.

By Bhavana Sachdev, M.S. Calcium and phosphates are the two essentials minerals needed to…

2 Responses to "The Increasing use of Dietary Supplements: Benefits and Dangers"