Taking a BiTE® out of Cancer

The Next Gen approach in Immunotherapy 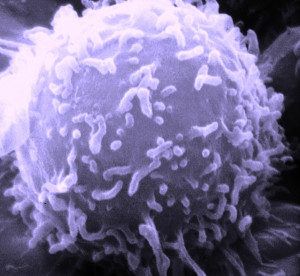 The era of modern antibody therapy began with the Prize-winning report on the basic structure of the immunoglobulin molecule given by Rodney Porter. His findings revealed two identical antigen-binding fragments (Fab) that blocked antigen precipitation by the parent antibody and a third easily crystallizable fragment (Fc) which was found to be inactive. From a historian’s point of view, it is remarkable that almost simultaneously with these first insights into the antibody’s structure, the idea of constructing a bispecific antibody was born.2

Of all causes of death, cancer is perhaps the most devastating as it currently represents approximately one of every four deaths in the USA. Moreover it boasts an economic impact overshadowing that of any other disease worldwide.3 Available treatment regimens like surgical resection, chemotherapy, and radiation therapy etc. have made very little progress in terms of improving prognosis for advanced stage cancers over the past 40 years.1 Moreover this therapeutic shortcoming is further compounded by the fact that these conventional approaches tend to have no-specific effects therefore affecting both normal & cancerous tissues. This has led to an apparent need for safer and more effective approaches for treating cancer.

Adoptive immunotherapy based upon antigen-specific T cells involving bispecific antibodies have emerged as a rapidly growing area in the field of cancer research as it attempts to use a patient’s immune system in the treatment of malignancy. It involves harnessing the cytotoxic ability of T cell therapy through the use of bispecific antibodies designed to engage and activate endogenous polyclonal T cell populations via the CD3 complex, directed towards tumor antigen. While the field has seen some significant improvement in a subset of cancers, there is still a large unmet demand which necessitates the search for new therapeutic paradigms.

However recently a subclass of Bispecific single-chain antibody, the Bispecific T cell engager (BiTE), have emerged as a superior system to other formats of bi-specific antibodies as these are relatively stable and easy to produce in mammalian cells, are extremely potent at low doses, and are able to mediate cytotoxicity in the absence of supplemental lymphocyte stimulation. Thus giving it an upper hand over its predecessors in achieving efficacy in animal models and early clinical trials.

These bispecific T cell engager (BiTE) displays a very specific design within the group of bispecific antibodies. It is composed of the two binding domains (variable heavy- and light chain domains) of two different human IgG antibodies flexibly linked by a short non-immunogenic peptide.5 Their effector- binding arms bind specifically to the epsilon subunit of CD3, their opposing target-binding arms can be directed against any number of epitopes, such as those differentially expressed on the surface of a tumor cell. Thus providing targeted action with less side effects and better efficacy. It’s like the drug is saying to cancer cell that “we know who you are and we’ve got your address.”

Many companies like Amgen, Novartis, Juno Therapeutics, Kite Pharma and others are working on this technology to develop promising immunotherapies for specific indications as it is likely to be the fastest and safest route to approval. There is no doubt that all these companies have promising candidates with very large potential markets, and these candidates will soon be tested in clinical trials against several malignancies. With these developments, it might well be that we are currently experiencing a turning point in the field of bispecific antibody and more generally of cancer immunotherapy.

Overall, the BiTE technology confers some distinct advantages in addressing expressed tumor cell surface targets as described here. But till now this system has been used for the “easiest” indications and the issues of stability and cost-effective production persist as obstacles. The conclusions for the design of future bispecific strategies may be drawn accordingly. However, it is worth emphasizing the highly effective cytotoxic activity of T cells that drive their effectiveness. The balance of enhanced efficiency with toxicity is currently being evaluated in the ongoing clinical studies. These ongoing and future studies will expand our understanding of therapeutic frame using this approach by allowing for single agent and combination use with signaling inhibitors and other immunotherapeutics which lack durable responses. It also provides an opportunity to combat the heterogeneous nature of cancer in order to overcome relapse and resistance which is in itself a very exciting prospect.

By Hasina Akhter, Ph.D. INTRODUCTION OF VITAMIN B12 Vitamin B12 is one of the…

By Bhavana Sachdev, MS Heart is a muscular organ that pumps blood to all parts…

One Response to "Taking a BiTE® out of Cancer"