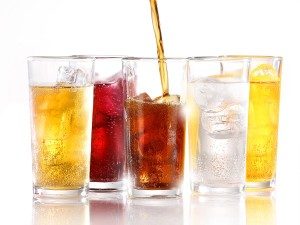 Drinking soft drinks, whether sweetened with sugar or artificial sweeteners, is a highly visible and talked about public health issue as they are believed to be major contributors to obesity and other major health problems. While it has been talked about in recent years, it is not a new problem. As far back as 1942, the American Medical Association recommended limiting added sugar intake, including those in soft drinks. Since then, several concerns have surfaced; do soft drinks cause you to over use, do they replace other healthier foods and drinks leading to poor nutrition, do they play a part in diabetes, poor heart health and cancers. So we have to ask the question, what does the research say?

Before we look at the research, let’s look at what sugar is. Sugar is a sweet crystal that comes from various plants and is used to sweeten foods and drinks. It comes in many forms. The most well-known is sucrose or standard table sugar. Other types of sugar are lactose, fructose, glucose and dextrose. The names of most sugars end with the letters ose. Sugars such as lactose are found in milk, fructose is found in fruits and honey, and glucose circulates in the blood and is what is measured when we check blood sugar. There are also different forms of sugar:

IS IT POSSIBLE TO BECOME ADDICTED TO SUGAR?

Every person has their own fluctuating sugar consumption habits that can cause us to have a few more sweets and chocolates than is really necessary. According to Dental Professionals in the United Kingdom (UK), sugar can be addictive because a slow increase in sugar consumption can lead the body to want more sugar to satisfy the sugar craving. This can be harmful to teeth, and make it harder to keep blood sugars under control and can lead to a variety of negative effects on the body. Taking in large quantities of sugar can mean that you don’t take in enough milk, calcium and other healthier foods.

HOW SERIOUS CAN IT BE TO TAKE IN TOO MUCH SUGAR?

It can be quite serious. A report published online in the Medical Observer, reported that sodas and other sugary drinks may cause nearly 184,000 deaths. Included in that number of sugary drink related deaths is 133,000 people with diabetes, 45,000 people from heart disease and 6,450 from cancer. Taking in too much sugar, especially from sugar sweetened drinks, can affect every part of the body and not just for people with diabetes.

ARE ARTIFICIAL SWEETENERS ANY BETTER TO USE?

Stevia is a sugar substitute, or non-caloric sweetener, that has not been evaluated by the FDA at this time. Stevia comes from the leaves of a shrub, related to the daisy family that grows in Central and South America. It has been used as a natural sweetener for centuries. There is no clinical data available on the substance and its use.

Sugar Alcohols, such as Erythritol and Xylitol, have been used for years to sweeten things like chewing gum, candy, fruit spreads, and cough syrup. There have been few reports of harmful effects from these products.

While these sugar substitutes or artificial sweeteners are being used today in various foods and especially diet or low calorie drinks, there is conflicting and inconclusive evidence as to their benefits and effectiveness. If you are an adult trying to eliminate sugary sodas from your daily diet, short term use of diet sodas may help you to eliminate sodas completely. For children, it is best to avoid artificial sweeteners all together, as the long term effects of these sweeteners are not known in children.

WHAT DOES THE RESEARCH SAY?

Several reliable long term studies have shown that artificially sweetened drinks, taken on a regular basis will reduce the intake of non- nutritious calories and help with weight loss or maintenance. There are other studies that appear to contradict these findings and show that artificial sweeteners have no effect at all on weight loss or may cause people to gain weight.

Another study, called the Northern Manhattan Study, looked at how often the 2564 participants drank diet and regular sodas. They found that people who drank diet sodas on a daily basis had a 43% greater risk of a vascular incident such as a stroke, than those who drank no diet sodas.

A report released in June 2015 shows a review of several studies that found using drinks with artificial sweeteners is associated with a risk of diabetes, metabolic syndrome and weight gain. The report also found three mechanisms that may contribute to the risk:

When Chronic Kidney Disease becomes End State, What Is Next?

One Response to "Sugary Drinks and Artificial Sweeteners"