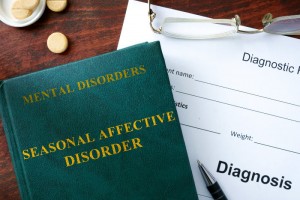 All of us have heard the term “winter blues”, in fact many of us have experienced it on exceptionally cold, winter days. For many people however, it’s more than the winter blues, it is actually Seasonal Affective Disorder. There is a difference between the two. Winter blues is a general term for symptoms that usually happen close to the winter holidays or are associated with missing a loved one.

Seasonal Affective Disorder is an actual medical diagnosis for symptoms that last for a long period of time and happens on a regular basis, usually associated with the changing of the seasons. It is difficult to determine how often Seasonal Affective Disorder actually occurs in the general population because many cases go unreported or undiagnosed.

Studies conducted in various communities estimate that it occurs in up to 10% of the population the further north of the equator you go. The United States estimates its occurrence in about 5 percent of the population and Canada reports about 2%. The cases that were reported last about 40% of the year. It is considered to be a serious mental health issue.

WHAT IS SEASONAL AFFECTIVE DISORDER?

Seasonal Affective Disorder is more common in females than males, particularly in child bearing women. It is less common in children under the age of 15 and in older adults. It is more common in the Northern United States; in states like Alaska occurrences can be as high as 10%, while in southern states, such as Florida the incidence can be a low as 1%.

Some studies suggest that Seasonal Affective Disorder is triggered by the loss of sunlight and shorter days during fall and winter seasons. This lesser amount of sunlight is believed to interfere with the body’s biological clock so that mood, sleep and body hormones are not regulated properly.

It is believed that shorter periods of sunlight during the fall and winter months combined with weaker sunlight causes the eye retina to receive less light causing people with Seasonal Affective Disorder to have worsening of depression.

The nights in winter are longer than the days and may also cause the sleep producing hormone melatonin to be produced over a much longer period of time than during the summer months. There was a study completed that measured melatonin in people with Seasonal Affective Disorder as opposed to people in a control group that did not have SAD.

The found that people with SAD had more prolonged time periods of melatonin release than people in the control group, causing the people with SAD to have less energy and be more depressed.

A third possibility is that Seasonal Affective Disorder may be an inherited problem. There was a study done with families known to have a history of SAD using twins as the study subject. Genes that relate to the hormones Serotonin, Dopamine and the bodies circadian rhythm have been found and are part of ongoing investigations. The hormone serotonin and changes in its receptor sites in people with SAD have been studied with inconclusive results as some studies showed changes in the receptors and others do not.

WHAT IS THE BODIES CIRCADIAN CLOCK?

It has been reported that people with SAD have the sleep-wake cycle changed and delayed based on the light-dark cycle of the environment, meaning that the body’s circadian clock has been interrupted. A study in Australia determined this based on melatonin levels, cortisol levels, reported delays in falling asleep and body temperature.

The brain contains the master control clock for the body’s circadian clock. The environment outside the body sends information to the brain reporting on the presence or absence of light. The brain also receives ongoing internal information on the changes in melatonin levels and proteins moving throughout the body. The circadian clock operates on a 24 hour cycle.

Changes in light and light levels, as transmitted through the eyes, set the bodies 24 hour clock. The light levels changing from day to night and vice versa sends signals to the circadian clock that a transition is occurring. This transition time changes with the seasons as light levels change. This is the main trigger for the circadian clock. Light also affects the melatonin and serotonin levels triggering the starting and stopping of their release.

For example, an increase in light will send a signal for the body to slow down production of melatonin. An increase in exercise and physical activity can increase the serotonin levels.

Each person has their own individual circadian clock that has different times of the day when their mood, ability to concentrate and energy levels peak and fall. There are also different levels of hormones, body temperature and cortisol that occur during the 24 hour period. This clock cycle in people with SAD seems to not be able to regulate itself.

WHAT TREATMENTS ARE THERE FOR SEASONAL AFFECTIVE DISORDER?

There are currently two accepted forms of treatment for SAD, although there are studies being conducted in other areas such as Cognitive Behavioral Therapy and Vitamin D therapy. One form of accepted treatment involves the use of Light Therapy and the other Antidepressants.

WHAT IS LIGHT THERAPY?

Light therapy is often used as the first treatment for Seasonal Affective Disorder. Light therapy involves exposure to bright artificial light on a daily basis during the fall and winter months. People report an improvement in mood and other symptoms after just a few days of light therapy.

Because the sunrise happens later in the fall and winter months, the best time to use light therapy is first thing in the morning. It helps the circadian clock to shift to a normal pattern by decreasing the amount of melatonin in the system.

Healthcare providers may prescribe a specific type or it may be purchased over the counter. Light boxes are not covered by insurance plans. Not all light boxes are the same. They are not regulated by the FDA. It is important for the person to find a box that works for them. Here are some tips for finding the right type of light box.

Light therapy causes few side effects or problems and offers people symptom relief. People using it need to be monitored by healthcare professionals. Potential side effects include:

Some people need additional treatments because the light therapy is not totally effective or well tolerated. These people may then be prescribed antidepressants to help manage their symptoms. Currently SSRI (selected serotonin reuptake inhibitors) medications are the most recommended for use in SAD.

A down side of using antidepressants as the primary treatment is the risk of side effects and the length of time it takes to get into the system and work. Antidepressants typically take from 2 – 6 weeks to become fully effective.

WHICH IS BETTER, LIGHT THERAPY OR ANTIDEPRESSANTS?

There have been few studies done as a comparison between Light Therapy and Antidepressants so the question is difficult to answer. One study involved 96 patients who were assigned to either Light therapy for 30 minutes over 8 weeks or Prozac 20mg plus a placebo light therapy for 8 weeks.

The group receiving light therapy responded more quickly and had fewer side effects than the Prozac group. Actual clinical symptom response and remission rates were similar for both groups. This led scientists to conclude that both treatments are well tolerated and should be offered to people as a choice of treatments.

WHAT ABOUT VITAMIN D?

Medical News Today reported that a lack of Vitamin D may play a part in all the potential causes of SAD. Researchers have found that Vitamin D levels fluctuate with the change of seasons. One study showed that there is an 8 week difference between the maximum intensity of Ultra-violet light and the start of SAD symptoms.

This time difference is the same as the time it takes for the body to change the UV light into Vitamin D. Vitamin D plays a part in the production of serotonin and is believed to play a role in depression as studies have shown low vitamin D levels in people who are depressed.

WHAT ABOUT COGNITIVE BEHAVIORAL THERAPY (CBT)?

CBT is a type of therapy that primarily involves the use of talking and discussion to help treat the depression. The combination of CBT with light therapy, antidepressants or both, has been studied.

One study involved 23 patients who participated in 90 minute CBT therapy sessions 2 times per week for 6 weeks and showed a decrease in depression symptoms and good remission rates. Several studies show that CBT therapy alone or with light therapy may be a good preventative therapy for SAD.

CAN SEASONAL AFFECTIVE DISORDER BE PREVENTED?

SAD should never be self-diagnosed and can be treated if the symptoms are discussed with a healthcare provider.

Alcohol Use Disorder – A General Overview

[icon name=”user” class=”” unprefixed_class=””] Christina Ripp, M.A. Many people may not realize the…