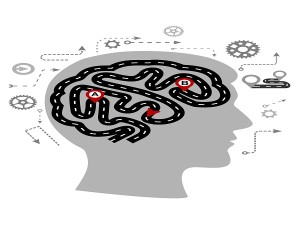 What is Huntington’s Disease?

Huntington’s Disease also known as Huntington’s Chorea is a progressive, degenerative brain disorder. It causes nerve degeneration in the brain (breaks the nerve cells down). It has a huge impact on the patient’s personality, cognitive (e.g. judgment, decision making), physical, and mental abilities.

The disease is genetic and is autosomal dominant, meaning only one copy of the altered gene needs to be inherited in order to cause the disorder. Anyone who has the Huntington mutation, they can pass it to their offspring. If one parent has Huntington’s, their children have a 50/50 chance of having the disease and should be tested immediately. Huntington’s Disease is common in people who have European ancestry. The disorder is not as common in Japanese, Chinese, or African ancestry.

Onset of the disease

Adult onset Huntington’s disease is the most common form of the disease.

Huntington’s is caused by a mutation in the HTT gene. The HTT gene makes Huntington protein. Although the function is unknown, it has been shown to play a huge role in neurons. The HTT mutation uses a DNA segment called CAG (Cytosine, Adenine, Guanine) trinucleotide (three bases of DNA) to repeat. CAG is repeated ten to 28 times in normal people. When CAG is repeated 36 to 39 times, people may not develop the symptoms. However, people who have 40 or more repeats of CAG, almost always have Huntington’s disease. People having 27 to 35 repeats, don’t develop the disease, but may give it to their offspring.

Symptoms of the disease

Early symptoms of Huntington’s can include agitation, irritability, clumsiness, delusions, hallucinations, olfactory dysfunction or depression. Later in the disease symptoms can be dystonia, involuntary movements, trouble with balance, walking or speaking, jerks, chorea, slow reaction time, weight loss, dementia, or stubbornness. Late symptoms include the inability to walk, speak, or care for self. It also includes bradykinesia, rigidity, inability to swallow, and worsening dementia. As demetia worsens causing confusion, loss of judgment and memory, personality changes, and speech changes.

How is it diagnosed?

There are multiple ways to diagnose Huntington’s disease. Dementia, abnormal movements or reflexes, or trouble speaking are indications of Huntington’s. A family history of the disorder is also a huge warning. Head CT’s, MRI’s, or PET scans of the brain can show nerve degeneration indicating Huntington’s. Neurological examinations and psychiatric evalutations are a way to be diagnosed. In neurological testing, a neurologist will perform basic test to see the patient’s memory, reasoning, spatial reasoning, and language function. Psychiatric evaluation assess the patient’s emotional and mental state, behavioral patterns, coping skills, signs of disordered thinking, and evidence of substance abuse. Genetic testing is a good way too.

How to care for Huntington’s patients

It is important to stay away from certain things when diagnosed with Huntington’s. Compounds containing L-Dopa may increase chorea. It is also important to avoid alcohol consumption, smoking, or inhalation of smoke. People with the disease have problems getting the nutrients and calories they need in a meal due to exerting more calories that eating. Some patients have to eat more than three meals a day to get the required amount of nutrients. Huntington’s patients risks of choking are much higher depending what stage they are in and what symptoms they show. It is a good idea to buy foods that are easier to eat and to get eating utensils specifically designed for people with motor problems. Its very important for people with huntington’s to avoid stressors (events, people, things, etc that cause stress). Their family, friends, or caregivers should identify the patient’s stressors in order to avoid them. It is also important for them to try to manage their mental and behavioral issues. Creating schedules, organizing work and activities, and having calendars are a smart way to care for the mental issues.

Medications for the disease

Huntington’s as of right now is incurable. There is no way to stop the disease from worsening. There are ways to manage or essentially “slow” the disorder. Medication will probably be prescribed to help with symptoms. Drugs such as tetrabenzine or amantadine, which aid in controlling movement, may be prescribed. Dopamine Blockers are a common medication used to lower uncontrolled movement or abnormal behavior. There are other medications to help with the psychological symptoms. Antidepressant such as fluoxtine, citalopram, and setraline help with OCD (obsessive compulsive disorder).Risperidon and olanzapine are antipsychotic drugs that can help with irritability, agitation, moodiness, and violent outburst.

Physical, speech, and psychotherapy are good ways to help with Huntington’s patients. Speech therapy can help patients to speak clearly or at some point use communication machines. Physical therapy helps patients maintain their mobility. It also helps then stay healthy and be more coordinated. Pyschotherapy can help with the mental problems caused by the disease or help them cope with their disease.

Suicidal thoughts and depression are common in Huntington patients so it is important that they are supervised. As the symptoms progress, the patient will need 24 hour supervision. Genetic counseling is suggested if you have a family history of Huntington’s disease. It is important to evaluate a patient with Huntington’s Disease to see how fast the disease is progressing. Behavior Observation Scale Huntington (BOSH) and (UHDRS) Unified HD rating scale are routine assessments that should be used.

By Illana A. Stanley, Ph.D. INTRODUCTION TO APPLE’S RESEARCH KIT Apple, the company…

By Dr. Hasina Akhtar INTRODUCTION OF VITAMIN B3 or NIACIN Vitamin B3 also known as…