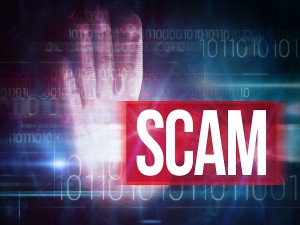 Gluten is a protein found in grassy grains such as wheat, rye, and barley. It provides elasticity to dough, and gluten helps the bread rise and keep its shape. Gluten is also used in multiple foodstuffs, cosmetics, and dermatomal preparations. For tens of thousands of years, gluten has been a reliable source of protein for the nourishment of man.

Gluten consists of gliadin and glutenin proteins joined with starch in the endosperm of grains. Gluten occurs when glutenin molecules cross-link forming a network attached to gliadin. These cross-linked molecules are what imparts viscosity and extensibility to bread dough. When yeast is added, fermentation takes place forming carbon dioxide bubbles. The bubbles are trapped by the gluten network and cause bread to rise.

Gluten is added to a variety of foodstuffs. It remains the basis for imitation meats (beef, chicken, and duck). Gluten is utilized as a stabilizing agent in beer and soy sauce, in addition to ice cream and ketchup. Gluten is frequently added to pet foods to increase protein content. It is also found in non-food items such as cosmetics.

Celiac disease affects about 1 percent of the population and is characterized by extreme sensitivity to gluten. Patients with this disorder have severe abdominal complaints, malnutrition secondary to intestine damage, fatigue, anemia, failure to thrive, and possible neurologic problems such as damage to their peripheral nerves called neuropathy.i

After ingestion of gluten in a patient with Celiac disease, gluten peptides are broken down by tissue-transglutaminase. The peptides are presented to activated T-cells, which produce interferons and cytokines. The patient’s immune system is triggered and attacks the mucosa (lining) of the intestine causing substantial damage.ii This produces diarrhea, malabsorption, abdominal pain, anemia, osteoporosis, and fatigue.

The diagnosis of Celiac disease is made by blood sampling and intestinal biopsy. More than 95 percent of Celiac disease patients will possess Human Lymphocyte Antigens (HLA) DQ2 or DQ8. There will be in the blood IgA anti-tissue transglutaminase and anti-endomysial antibodies.iii

Recently, an anti-gluten diet has been advocated for people without Celiac disease. In response to media reports and a few books, people are claiming to possess gluten sensitivity even though there are no signs of Celiac disease. A new disorder has sprung up, Non-Celiac Gluten Sensitivity (NCGS).

There is no specific test for NCGS. Some patients have anti-gliadin antibodies in their blood but so do people without gluten problems.vi A review of the literature found people with NCGS disorder to be heterogeneous, containing subgroups with different pathogenesis, clinical histories, and clinical courses.vii

Patients with NCGS complain of relapse of symptoms within hours of a gluten challenge.viii This happens despite the lack of anti-tissue transglutaminase and anti-endomysial antibodies and normal intestine biopsies.

Research involving NCGS has yielded different results. Some studies utilizing a randomized, double-blind, placebo-controlled, crossover trial have found symptoms to return with a gluten challenge and some investigations have not.ix x

In one major investigation, substances in grains called fermentable oligo-Di-mono-saccharides and polyols (FODMAPs) were studied. The FODMAPs were reduced, and a gluten challenge did not cause symptoms.xi FODMAPs are difficult to digest and may be the substances NCGS patients are actually sensitive to.

To be diagnosed with NCGS disorder, Celiac disease must be ruled out. For this to occur, the patient cannot be on a gluten-free diet. This would alter the tests for Celiac disease. The subject has to be exposed to gluten before Celiac disease can assuredly be ruled in or out.

NCGS is a disorder of the middle-aged. The median age of disease onset was 55. Females are 6 times more likely to possess a diagnosis of NCGS.xii

The existence of NCGS disorder remains controversial. More research is needed. Restrictive diets are hard to keep up and can be expensive. FODMAPs are well known to be difficult to digest causing the delivery of water and fermentable substances to the colon. Such would create abdominal pain, bloating, diarrhea, and gas.

Rarely, a person may possess an actual allergy to wheat. This is IgE mediated, so the symptoms are allergic manifestations. Symptoms include whelps or urticaria, difficulty breathing, swelling of the tongue, and complete anaphylaxis. These patients must not consume any wheat or wheat by-products.

Ataxia occurs when the part of the brain called the cerebellum malfunctions. There is a loss of arm and leg coordination. Balance is impaired. Slurring of speech and drifting of the eyes can happen. Many causes of ataxia exist. A sporadic, progressive ataxia has been described thought to be secondary to gluten exposure.

Other experts feel gluten is not the cause of the patient’s ataxia. Anti-gliadin antibodies are found in over 10 percent of normal people, and patients with the ataxia do not have intestinal symptoms. Studies looking at removing gluten from these patient’s diet to improve or slow down the ataxia have demonstrated mixed results.xiv

A gluten-free diet is indicated for patients suffering from Celiac disease. Some people with NCGS disorder may benefit from a low gluten diet.

All foods containing wheat, rye, triticale (a cross between wheat and rye), and barley should be avoided. Malt, malt flavoring, and malt vinegar are made from barley. Gluten is an additive in many foodstuffs such as beer, gravies, imitation meat and seafood, salad dressings, and soups.

Foods labeled as “gluten-free” means there are less than 20 parts per million of gluten, according to the Food and Drug administration (FDA).

A gluten-free diet is not for weight loss. In fact, many gluten-free foods substitute potato starch, corn starch, eggs, axanthum gum, quar gum, hydroxyl methylcellulose, or other highly processed foodstuffs to replace the gluten. In general, gluten-free products are higher in fat and lower in protein compared to their regular counterparts.

disease and is unhealthy. Furthermore, buying gluten-free products can be very expensive.

There is no evidence that a gluten-free diet is healthier. In fact, gluten-free diets are associated with certain vitamin and nutrient deficiencies that can become serious. Unless one has Celiac disease, a gluten-free diet offers little benefit over a regular, healthy diet. The proposition that gluten is harmful to human beings is based on flimsy science. Man has utilized gluten as a protein source for tens of thousands of years.

If one feels he or she is gluten sensitive do not stop gluten consumption and arrange for the tests to determine if Celiac disease is present. If Celiac disease has been ruled out and, still, a gluten-free diet is desired, consult a registered dietician first to prevent other diet related diseases from developing.

For the overwhelming number of people in the population, following a gluten-free diet is just a fad or trend.

ii Kann I, Kann A, Green a, et al. “Systemic Review: Worldwide Variation in the Frequency of Celiac Disease and changes over time.” Aliment Pharmacol Ther 38: 226-245, 2013.

v Alberta Society of Gastroenterologists and the Toward Optimized Practice Program. A Summary of the NASPGHAN, AGA, and WGO Guidelines: Diagnosis of gluten-sensitive enteropathy (Celiac disease) 2006. retrieved 18 May 2015. www.celiac.ca/pdfs/CeliacGuidelines_CanadaFeb2008.pdf.

By Dr. Hasina Akhter INTRODUCTION Vitamin B6 is one of the nine water soluble B…