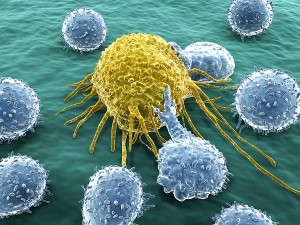 Benjamin franklin once said that only two things are certain in this world death and taxes. As our lives become longer on an average and our ability to treat a whole range of illnesses and diseases improves we might add cancer to that short list of inevitabilities. Cancer is estimated to account for 7 million deaths i.e. approximately 12 % of all the deaths in the world are caused by cancer. It is estimated to account for 6% of the entire global burden of disease. The increasing incidence of deaths due to cancer (70% of all deaths due to cancer) in low- and middle-income countries combined with the ageing of the population in these countries points to an increasing burden of cancer worldwide [1]. Despite massive strides in the detection and treatment of cancer in the last fifty years it still remains a deadly and fearful probability in all our prospects. One might say that cancer is simply part of the human condition, a price one must pay for our time as a corporeal being which in turn necessitates the need to find a cure for this disease.

The study carried out by scientists at Imperial college of London examined the workings of the immune system, specifically the CD8 T cells. These are a type of white blood cells which play a key role in defending the body against infection from foreign organisms like viruses and bacteria. These cells also have the ability to destroy cancerous cells and are called killer T cells but the fact that humans still get cancers is evidence in itself that CD8 T cell based immunity is a bit flawed which is particularly due to a phenomenon known as immune exhaustion in which the CD8 T cells become inactivated owing to the large no. of virally infected or cancerous cells. This in turn hinders the development of “memory” CD8 T cells which recognize these pathogens for future immune response. Through this study the scientist were aiming to identify ways to encourage growth of CD8 T cells and memory cells and what they found was a particular type of mutant mice called Retro mutant mice which was able to produce high amount of CD8 T cells owing to a mutation in a gene that encodes for a protein called lymphocyte expansion molecule. Moreover, the researchers were able to identify the LEM protein found in humans and were able to increase the levels of this protein in lab leading to an increase in the no. T cells. Thus, in a way supercharging the immune system [2].

In this study the Retro mutant mice found by researchers was able to produce ten times the number of cancer-fighting T cells. Thus, giving it the ability to suppress infections and become resistant to cancer. Based on this approach scientists are working to develop a gene therapy approach based on a protein known as LEM or lymphocyte expansion molecule which is believed to act as a game changing approach in cancer treatment as it promotes the spread of cancer killing ‘T cells’ by generating large amounts of energy. The protein causes a massive energy boost in the system which leads to large scale generation of T cells in such great numbers that the cancer cannot fight them off. Moreover, it causes a boost in the immune memory cells which are then able to recognize tumors and viruses which they have encountered previously so there is less chance of a relapse.

This turbocharging lead to an increase in the amount of T cells produced by the body. This therapy is particularly effective as under normal circumstances upon invasion by cancer cells the body produces T Cells, in order to repel the attacking cancer, but runs out of steam before eradicating the invading cells, allowing the cancer to establish itself. However using this approach the scientist were able to destroy and flush all the cancerous cells from infected mice [3].

This approach presents some well-defined advantages over its predecessors as it eliminates the need for the patients to undergo toxic chemotherapy or radiation, both of which take a terrible side-effects on sufferers but especially on the older and weaker patients. Also the scientists hope to use this treatment beyond cancer to fight diseases caused by cell abnormalities or cell infections such as atherosclerosis or rheumatoid arthritis.

But this study is at a very early stage and the main problem is that no research has been done regarding the role of LEM in humans yet. Another problem is that the Retro mutant mice died after infection due to the enhanced CD8 T cell proliferation. However, more research on this protein is underway in order to understand the beneficial and harmful effects of boosting the immune system with this protein before it can be tested on people.

Musculoskeletal Springs and Stains: Ice, Heat or Both?

One Response to "Gene Therapy to Supercharge the Immune System"