A Review of Creatine Supplementation In Age-Related Diseases: More Than A Supplement for Athletes

CREATINE AND ITS FUNCTION IN THE BODY 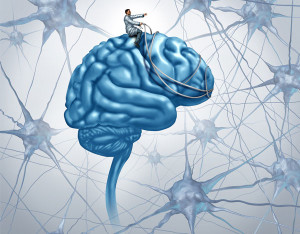 Creatine is widely used as a dietary supplementation in the United States with an estimated consumption of 4 million kg per year. Creatine(chemical name: N-[aminoiminomethyl]-N-methyl glycine) is composed of amino acids called arginine, glycine and methionine and is synthesized in the kidney, liver and pancreas. Up on entering the bloodstream from these organs, creatine is transported throughout the body cells via a special protein called creatine transporter protein (CRT). This transporter protein not only plays a vital role in distributing creatine throughout the body, it can cross the blood brain barrier (it is a membranous protection barrier with selective permeability that separates circulating blood from the brain and allows only selective substances to enterthe brain) and transports creatine to the central nervous system or CNS (CNS consists of the brain and spinal cord) as well.

Around 95% of the body’s creatine is stored in the skeletal muscle, with the remaining amount stored in the brain, liver, testes and kidneys. Creatine helps maintain the intracellular levels of adenosine triphosphate or ATP, the energy currency of our body.ATP is generated by the cell organelle mitochondria through a cellular mechanism called oxidative phosphorylation. When a muscle contraction occurs, the whole ATP storage (i.e., 2-5 mM) of a skeletal muscle is utilized within few seconds. ATP is regenerated by the phosphocreatine system using creatine kinase enzymeand phosphates from phosphocreatine.At the resting stage of a muscle, ATP donates its phosphates to creatine to makeup the phosphocreatine storage levels for future use. The availability of phoscreatine influences the skeletal muscle pathology and the associated pain can be eliminated bycreatine supplementation.

There is a certain limit for endogenous creatine production in the body. Athletes and patients, who might need to exceed these levels, opt for creatine supplementation through diet.Creatine enriched food supply higher levels of ceatine in these people. Within each cell, the capacity of creatine transport is only 160 mmol/kg. If the creatine transporter protein fails to function or if the maximum concentration of creatine is reached in a cell, possible beneficial effects of creatine become insignificant. Studies have shown that additives with creatine supplementation, like increased protein and carbohydrate intakeare effective in stimulating creatine movement in the cells in athletes.

PRACTICE AND BENEFITS OF CREATINE SUPPLEMENTATION IN ATHLETES

USE OF CREATINE SUPPLEMENT FOR OTHER CLINICAL CONDITIONS

Besides its application in enhancing athletic performances, creatine is also used in treating pathophysiological conditions like gyrate atrophy (a genetic disorder characterized by progressive vision loss), post-stroke depression, congestive heart failure, chronic musculoskeletal disorders, atherosclerosis (a disease where elasticity of the arteries is lost), and cisplatin nephrotoxicity (a type of kidney disorder caused by the chemotherapeutic agent cisplatin).Also, a recent review proposed that creatine supplementation given as a preventive measure could decrease chances of preterm labor or hypoxic-ischemic encephalopathy (a pathological condition that occurs due to lack of oxygen supply in the brain).New research indicates role of creatine in age-related neurological diseases and associated reduced brain functionality like in Parkinson’s disease, Huntington’s disease, amyotrophic lateral sclerosis, long-term memory deficit, Alzheimer’s disease, and stroke.

Creatine and phosphocreatine levels declinein the skeletal muscles with aging. In each decade after age 30, phosphocreatine regeneration rate following exercise falls approximately 8%. Creatine supplementation in athletes can improve creatine and phosphocreatine levels from 10%-40%. Creatine has shown a holistic beneficial effect on the muscle mass of aged individuals. Since creatine transporter can cross the blood-brain barrier, creatine supplementation has potential to replenish decreased creatine levels in the aging brain as well, and help slow down progression of neurodegenerative disorders (diseases that employ gradual degradation of neurons in the brain).

Parkinson’s disease or PD is a neurodegenerative disorder caused by the loss of dopamineproducing neurons in the mid-brain. Disease symptoms include resting tremor, postural instability, bradykinesia or slowness in movement, loss of muscle mass and strength, fatigue.Currently available clinical approach to manage this disease involves early detection followed by clinical intervention to slow down the disease progression.Because of creatine’s ability to alter cellular energetics, creatine supplementation was hypothesized to have positive effects on postural instability or muscle loss observed in PD. An earlier study on mice model of PD reported significant neuroprotection with 1% creatine supplementation. A clinical study was conducted on PD patients who received 20 grams/day creatine load for 5 days, followed by 5 grams/day for a year and subsequent resistant training. When compared with PD patients who did not receive any creatine (control group) supplementation, the creatine group showed improved muscle strength. Later, other clinical trial was conducted with 10 grams creatine dose for 5 years with not so satisfactory outcomes. Currently the clinical trial on PD is halted. Thus, creatine is promising for PD treatment, however further research is needed to confirm its dietary supplement efficacy.

In Huntington’s disease (HD),a genetically inherited mutation in the Huntington gene is the main culprit for the disease onset. The pathological symptoms appear during midlife, with a further life expectancy of 20 more years for average patients. Affected patients exhibit changes in mood, cognition, and motor coordination. In addition to contributing in resting tremor and epileptic seizures, the mutant huntingtin protein product impairs energy metabolism.A drop observed in the phosphocreatine and inorganic phosphate ratio in the patient’s muscle tissues might be due to theinvolvement of Huntington mutation in dysregulating the phosphocreatine/creatine ratio. In transgenic mice models of HD, creatine was hypothesized to provide larger phosphocreatine pool for energy production in the form of ATP. In an extended study, dietary creatine supplement showed increased life span in mice affected by HD. Other studies that employed creatine supplementation on HD transgenic mice models also revealed improved motor performance, decreased atrophy of neurons and huntingtin protein aggregates, and increased life-span.In human subjects, creatine supplement showed a reduction in 8-hydroxy-2’-deoxyguanosine, a marker for damaged DNA, which is otherwise very high in HD patients.Subsequently, brain deterioration rate was also reduced in HD patients when supplemented with creatine. The results of creatine safety, tolerability and efficacy (CREST-E) clinical trial has been hopeful so far, and future studies would likely provide more information about the viability of creatine supplement for therapeutic usage in HD patients.

Amyotrophic lateral sclerosis (ALS) or Lou Gehrig’s disease is characterized by progressive degeneration of motor neurons causing loss of voluntary muscle controland paralysis in patients. Among currently available treatments, the most promising drug is riluzole, which extends life-span of the HD patients only about 6 months. Testing for neuropsychological deficits reveals cognitive impairment in as many as 50% of the ALS patients.

Mutation in the superoxide dismutase (SOD1) gene is a common feature of familial ALS. SOD1 enzyme converts superoxide to molecular oxygen or hydrogen peroxide and protects cells from oxidative damages. Mutation in the SOD1 causes accumulation of toxic free radicalsfrom superoxide generated by the mitochondria, and alters cellular energy production.Because of the creatine’s aforementioned roles in mitochondrial mechanisms, it may serve as an energy substitute for ALS patients. A study in transgenic mice containing mutated human SOD1 geneassessed the neuroprotective effects of creatine. Results of that study suggested that creatine treatment protected neurons from oxidative damages along with protecting them from insufficient energy supply. On the contrary, two other studies indicated that creatine has only a subtle effect in improving muscle strength and life span. Currently, long-term effects of creatine supplementation are under clinical trial by the North-east Amyotrophic Lateral Sclerosis Consortium (NEALS).

The capacity of store new memories, recollect old memories, and short-term memory decline with age.Phosphocreatine levels are depleted upon brain activation, though ATP concentrations remain same. A reduction of creatine and phosprocreatine levels may impact the immediate recalling of knowledge.Research showed improvement in working memory and intelligence in utilizing backward digit span and Raven’s Advanced progressive Matrices tasks by human subjects that received 5 grams creatine orally per day, for 6 weeks.Twenty grams creatine supplement per day for 1 week has been reported to improve long-term memory in people with an average of 76 years old. How creatine improves memory in elderly people that is yet to be explored at the cellular and molecular levels.

Alzheimer’s disease (AD) is a neurodegenerative disorder that causes severe dementia, confusion, and long-term memory loss. Formation of plaques and neurofibrillary tangles in the brain are the common hallmarks of AD. It is a progressive disease, which means disease symptoms worsen with time.Though several factors may contribute to AD and the disease onset is yet to be fully understood, studies have shown that increased levels of myo-inositol (a structural component of lipid) compared to relative creatine concentrations precede the disease onset.Creatine depicted protective effects against beta-amyloid toxicity in the hippocampal neurons.Creatine kinase converts ATP toADP and vice versa, and is susceptible to high levels of oxidative damage in the brains of AD patients. Therefore, one potential clinical intervention could be using creatine kinase. In AD, creatine kinase protein expression is reduced by 14% and its activity is reduced up to 86%. Although creatine kinase levels were reduced, deposition of creatine in the amyloid precursor protein (APP) in transgenic mice leaves questions about involvement of creatine. Though many possible explanations exist for creatine deposition, its exact reason remained unclear.

According to World Health Organization, stroke has been the second leading cause of death in the past decade. Most common form of stroke, i.e, ischemic stroke occurs when the brain is deprived of glucose and oxygen supply due to obstruction in the blood circulation. This results in acidosis, an increase in intracellular calcium, and formation of reactive oxygen species leading to ischemic cell death. With the onset of ischemic stroke, the patient experiences numbness on one side of the body, vision disturbances, difficulty in speaking and understanding, imbalance, and loss of coordination.Currently available treatment options are the use of plasminogen activator(tPA) and/or surgical intervention. An early study on eight human subjects reported reduction of creatine and phosphocreatine contents in the ischemic brain. Pre-incubation with creatine dose-dependently attenuated anoxia-induced damage in rat hippocampus in rodent studies.Several studies informed about antioxidant effects of creatine against oxidative damage and its neuroprotective effects against anoxia. Also, creatine seems to serve as a preventive measure in reducing edematous brain tissues and neuronal damage in rodent models.One of the ways by which creatine exerts it benefit might be restoration ofthe depleted energy. Together, the findings from various studies mentioned here indicate that creatine is a potential compound for using as a prophylactic, preventative and dietary supplement in patients at high risk for stroke. More research is needed to identify the efficacy of creatine to prevent stroke and develop a suitable creatine supplementation regimen for patients at high risk of stroke.

Overall, creatine is a promising dietary supplement with beneficial effects for muscle strength, memory and certain neurodegenerative conditions. Whether creatine exerts positive effects in the intermediate or late stages of the progressive and age related neurological disorders, is not known yet. Based on interaction of creatine on metabolism and its neuroprotective property, the interest for alternative uses of creatine supplement continues. Though the clinical trial for Parkinson’s disease and creatine was halted, creatine is in the phase III level of clinical trials for Huntington’s disease and is showing promising results so far. This dietary supplement also shows hope for a preventative and protective treatment option in the stroke or Alzheimer’s disease. Therefore this compound should be further studied to fully understand and utilize its potential in treating age-related diseases.

A REVIEW OF CREATINE SUPPLEMENTATION IN AGE-RELATED DISEASES: MORE THAN A SUPPLEMENT FOR ATHLETES

By Victoria Brewster, MSW The terms ‘Aging’ and ‘Seniors’ are hot topics right now due…

Branched Chain Amino Acids (BCAAs) – All you need to know

WHAT ARE BRANCHED CHAIN AMINO ACIDS? BCAA stands for Branched Chain Amino Acids because of…

One Response to "A Review of Creatine Supplementation In Age-Related Diseases: More Than A Supplement for Athletes"