I have been involved in hematopoietic stem cell (HSC) research for over a decade. My expertise includes both viral and non-viral gene therapy for hematopoietic disorders, especially for Fanconi Anemia.

I have generated both knock out and knock in mice to study diseases like FA and arthritis. Before jumping into the field of stem cells and gene therapy, my research focus was pure biochemistry and interaction of proteins in Wilson’s and Menke’s disease. During that time, I identified a novel transcription factor that I named as ZntA. My doctorate thesis was on toxicology of Methyl Isocyanate (MIC), the gas that leaked from the Union Carbide plant in Bhopal, India. This is considered the worst Industrial Disaster in history. I studied the effects of this gas and the carbamates to find the effective therapies to ease the suffering of the victims. I have a good combination of basic research and medicine. I remain interested in providing consults for Stem Cell Research and Therapies involving Stem Cells.

From the past few years, I have transitioned from actual bench research to Medical Writing that has only broadened my area of knowledge and expertise, especially on Science Based Medicine. As a medical writer, I gained ample experience in preparing and submitting regulatory documents, and summarizing the results of clinical trials (Phase II and III). This experience in medical writing led me to establish my own Digital Science Journal: thescrutinizer.org.

Developed and started a One Stop Information Portal (thescrutinizer.org) dedicated to providing Reliable, Unbiased Science Based Information to alleviate the plethora of misinformation around Health, Nutrition, Diseases and their Treatments. There is an urgent requirement of a trusted source where the scientific data and their interpretation is presented in non-technical format. My mission is to educate the people (globally) in medicine, sports supplements, nutrition and diseases to drastically improve the quality of their life while providing them with critical thinking skills to detect and avoid the false facts and reports. 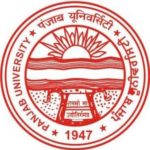 Publications from Department of Molecular and Medical Genetics

Publications from Department of Biochemistry and Molecular Biology

Other Honors and Invitations